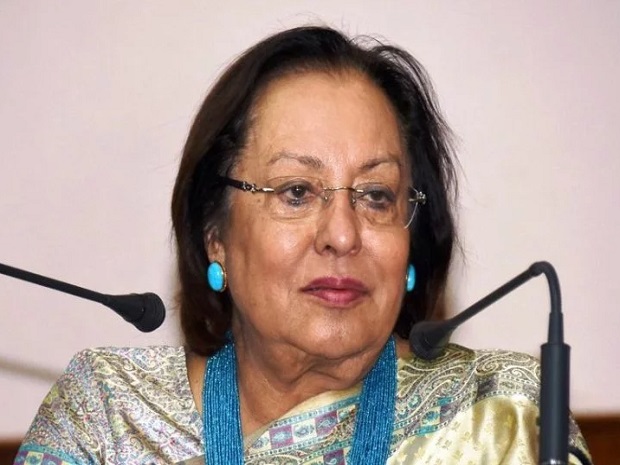 Manipur Governor Dr Najma Heptulla said that organic farming is catching on across the world and India is no exception.

“People have seen the harmful effect of chemicals and fertilisers on our body. They are turning more and more towards organic foods for a healthy life,” she said, while flagging off the organic farming tour to Sikkim for 50 farmers from all the north-eastern states.

She further stated that the farmers who take up organic farming can earn a decent living as the demand for such products is growing exponentially. Organic farming also has a positive impact on the environment. Excessive use of fertilizers and chemicals disturb the ecological balance in the long run.

The NE region is in the first ten bio-diversity hotspots in the world and one way of saving the rich treasure for posterity is to take to organic farming, she added.

The Governor stated that the tour programme of the NE farmers has had a well-defined objective on some very relevant contemporary issues. The training module consisted of a whole spectrum of activities to achieve successful organic farming for general development.

It is aimed at obliterating the breeding ground for insurgency by providing an alternate source of income. Involving the farmers in the lucrative business of organic farming would wean them away from insurgency, she said.

The Governor further said that she is pleasantly surprised and encouraged to know that during the tour altogether 50 farmers from six North Eastern States – Assam, Arunachal Pradesh, Mizoram, Manipur, Nagaland and Tripura participated including 19 were female farmers.