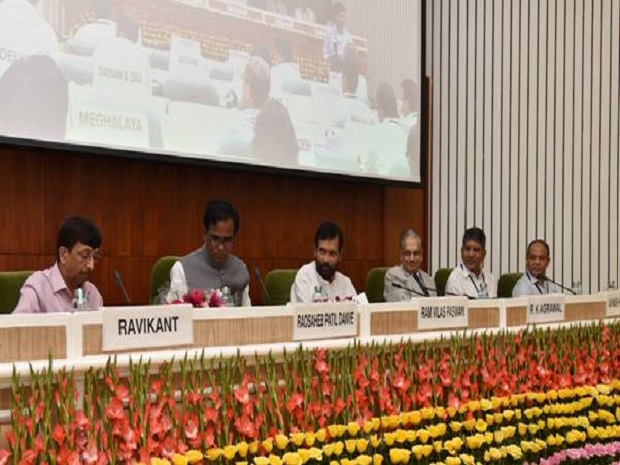 Minister of Consumer Affairs, Food and Public Distribution, Ram Vilas Paswan urges states to buy pulses and onions from Central buffer for retailing in states/UTs to ease pressure on prices.

The Minister said after attending the fifth National Consultation Meeting of state ministers, secretaries and other officials of food, civil supplies and consumer affairs at VigyanBhawan in New Delhi on September 3, 2019.

Paswan presided over the proceedings and interacted with all the participants in a free and open manner to seek their suggestions on various new initiatives of the Ministry and also understand their concerns and look for ways to address them.

Addressing the media after the meeting, Paswan expressed happiness that State Governments widely participated in the event and discussed implementation of several key initiatives of the Government.

The Minister stressed on the need for creation of a Price Stabilization Fund in each state so as to ensure that price rise can be effectively tackled at the state level itself.

Paswan also sought inputs from state governments on simplification of Essential Commodities Act in general to boost investments specifically in the agricultural sector and also penal provisions to make it more attuned to government’s policy regarding ease of doing business.

The Minister highlighted the fact that all states are now covered under NFSA as compared to just 11 States in 2014. He also emphasised on the need for larger State participation in Rice Fortification Scheme as well as the portability of Ration Cards.

Paswan asked the representing officials from Jammu and Kashmir to give their requirements under NFSA so that the requisite food grains can be stocked up before the onset of winters. During winters, due to bad weather, it becomes difficult for the transportation of food grains and therefore they were requested to provide their demand in advance.