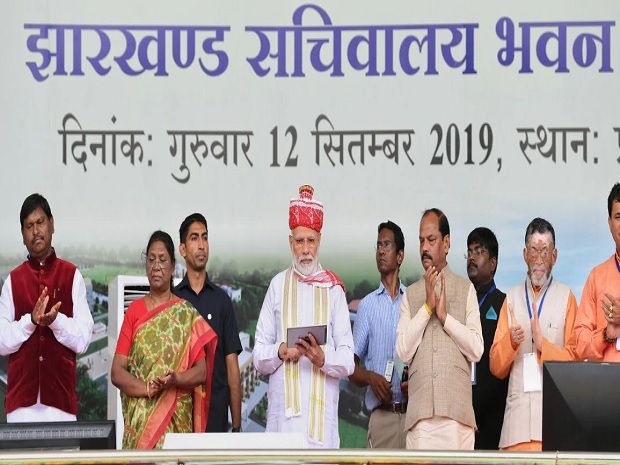 In another major effort to secure the lives of the farmers, Prime Minister Narendra Modi on September 12, 2019 launched the Pradhan Mantri Kisan Maan Dhan Yojana at Ranchi, Jharkhand.

The Scheme shall secure the lives of five crore small and marginal farmers by providing a minimum pension of Rs. 3000 per month, to those who attain 60 years of age.

Prime Minister also launched the National Pension Scheme for the traders and the self-employed.

The scheme aims at providing a minimum assured pension of Rs. 3000, to small traders and self-employed after attaining the age of 60 Years.

Around three crore small traders would be benefitted from the scheme.

PM stated that the electoral promise of a strong government that will fulfill your aspirations is delivered.

Modi reiterated, “Development is our priority as well as commitment. Our government is trying to provide a shield of social security to every Indian.”

“Government is becoming the companion of those who need it the most. Since March this year, a similar pension scheme is going on for crores of unorganized sector workers of the country,” he added.

“More than 32 lakh laborers have also joined the Shramayogi Manadhan Yojana. More than 22 crore people have joined Pradhan Mantri Jeevan Jyoti Yojana and Pradhan Mantri Suraksha Bima Yojana, out of which more than 30 lakh beneficiaries are from Jharkhand only. Also under the Ayushman Bharat Yojana, about 44 lakh poor patients have been benefitted, out of which about 3 lakh are from Jharkhand,” PM said.

In an effort to empower all, the Prime Minister also launched 462 Ekalavya Model Schools across the country in tribal dominated areas. The schools would focus to provide quality upper primary, secondary and senior secondary level education to scheduled tribe (ST) students in these areas.

“These  Eklavya schools will not only serve as  medium of education for tribal children but there will also be facilities for sports and skill development along with protection of local arts and culture.In these schools, the government will spend more than one lakh rupees a year on every tribal child,” Modi said.