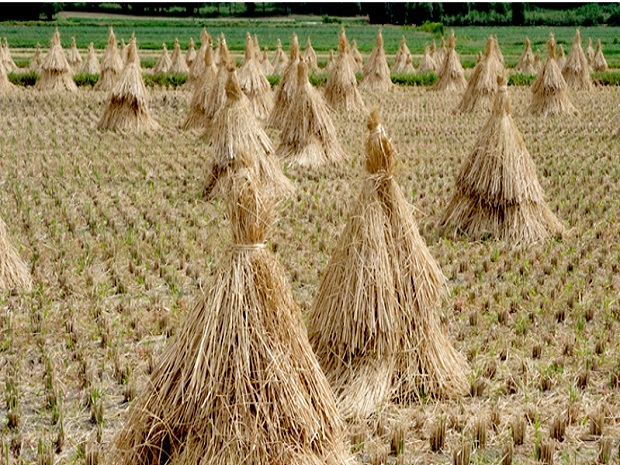 Nearly 25 thousand tonne rice straw was recycled back into the soil in 2018 and 115 tonne fine particulate matter (PM2.5) was saved from being released into the air, according to a latest report released by Confederation of Indian Industry (CII).

The project led to avoidance of environmental impacts on local, regional and global scales and also led to nutrient savings worth more than Rs. 1 crore. It improved the farmer’s resilience to adverse impacts of climate change due to water conservation, improved farm biodiversity, and resilience of crops to extreme climatic events, as per the report.

About 30 kilo tonne CO2e of GHG and 13 tonne BC which would have otherwise been released into the atmosphere are estimated to be fed back into the soil, a portion of which will be sequestered into the soil for hundreds of years, the report noted.

Also, the project led to avoidance of estimated, 140 tonne volatile organic compounds, 82 tonne ammonia, 39 tonne oxides of nitrogen and 6 tonne oxides of sulphur, which could have impacted the ambient air quality across Indo-Gangetic Plains, it added.

Agricultural burning in north western states (Punjab, Haryana and Delhi) costs the Indian economy a whopping US$ 30 million every year due to health impact. It exacerbates climate change as emitted Black Carbon (BC) is considered the second most potent global warming agent after CO2. Burning also adversely impacts farm level biodiversity and leads to over consumption of irrigation water and diesel for farm operations.

CII worked with the Ministry of Environment Forest & Climate Change to design a plan of action for biomass management (CII-NITI, 2018) in north western states. A subsidy scheme was launched by the Central Government to support north western states in their efforts to curb crop residue burning. CII galvanised the industry action on Crop Residue Management (CRM) in 2018 which led to adoption 19 villages in Punjab.

CII Foundation, along with local partners in Punjab, engaged with farmer community to demonstrate solutions in a highly participatory manner. These villages were made free of burning in 2018 by using behaviour change communication and farmers were provided technical handholding for adopting sustainable agricultural practices. This impact report on CRM project is prepared by CII’s Centre of Excellence for Sustainable Development (CESD) under its ‘Cleaner Air Better Life’ strategy for diverse stakeholders to design strategies for improving air quality in India.

Going forward, there is a need to communicate the true cost of burning to farmers, strengthen farmers capacity for planning and undertaking sustainable agricultural practices, and address local factors which hinder in-field management of rice straw. Also, the biomass management ecosystem needs to be strengthened with workable models of ex-situ solutions.