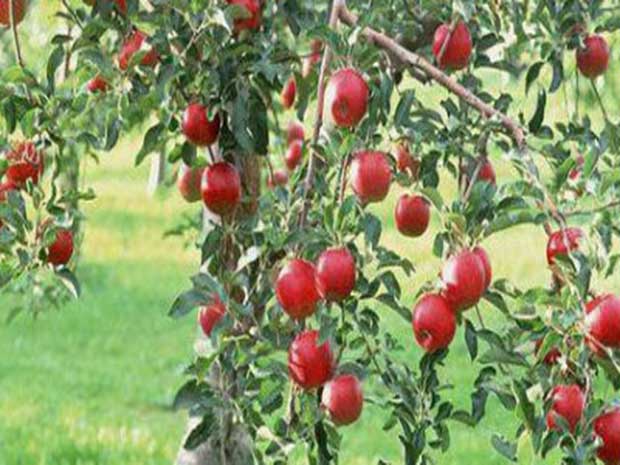 Bagepalli, around 100 km north of the information technology capital of Bengaluru, is a small town close to Karnataka’s border with Andhra Pradesh. An arid area, receiving barely 80 cm of rain annually, the region has historically seen farmers grow a range of hardy millets, groundnut and other crops that can survive these tough conditions. Irrigation is done using water pumped from borewells that run as deep as 1,500 feet.

These hardships have not put off farmers in the town in Chikkaballapur district, where agriculture is the predominant economic activity. In fact, the farmers have identified an opportunity in adversity. Over the past decade, many farmers in the area have changed their fortunes for the better by growing an assortment of horticulture crops. Carrots, beetroots, fruits such as mangoes and grapes, and flowers such as marigold are spread across farms, some as small as one or two acres.

Horticulture has a number of advantages compared with agriculture crops. For one, it’s more remunerative. Horticulture can be done on dry and hilly land. Water utilisation is lower and so is consequent risk of crop failure. Unlike large-scale cereal crops, horticulture farms can be much smaller, allowing marginal farmers to boost their earnings from their small landholdings. While horticulture crops require more inputs in the form of fertilisers and so on, farmers often plant two or three crops simultaneously to maximise yield from each acre. Farmers ET Magazine spoke to said their incomes have at least doubled since making the transition to horticulture. These farmers are part of a horticulture boom sweeping India. According to data from the Agriculture Ministry, horticulture crops first outpaced food variants six years ago. Since then, horticulture output has been mostly widening its margin with food production, with profound impact on farm incomes, water utilisation, land usage and employment patterns. Farm-related policies also need to keep up with the shift. Horticulture gives farmers a higher income, but there is little protection against a glut. While foodgrain enjoys a minimum support price mechanism, there is little by way of a safety net in horticulture. To extend the life of the perishable produce, India also needs better cold chain storage and transport networks. Horticulture also lends itself to greater mechanisation, and with its spread, might have an impact on farm employment.

Bagepalli’s farmers, rather than earn little from low-cost millets, have started planning two, three or even four crops on their land and have significantly improved their earnings from their otherwise dry and rocky land. According to estimates from local officials, as late as 2015, farmers here were barely able to meet the local market’s demand four to six months a year. Today, yards in the area are flooded with horticulture produce all year long. Growing interest in horticulture has been catalysed by changing food consumption patterns (from cereals, primary rice and wheat, to a richer mix, including fruits, vegetables, eggs and meat) and growing incomes, says Manivannan Pathy, senior agriculture specialist, World Bank.

Far from the food bowls of India — places such as Uttar Pradesh, Punjab and Haryana that dominate in major food crop cultivation — regions that see low rainfall and are prone to drought are seeing a second wind due to horticulture. And Bagepalli is an example of an emerging horticulture hot spot. Other specific regions where horticulture is happening in a big way are Haryana, Himachal Pradesh, Uttar Pradesh, Tamil Nadu and Madhya Pradesh.

Local farmer producer organisations (FPOs) and officials are trying to sew up more contract deals with retailers for such produce. Some farmers have become bolder and have ventured into kale cultivation — the wildly popular “super food” that can give yields in three months. About 100 g of the leafy green vegetable sells for Rs 1,000 or more online, giving farmers a new high-value option. Some horticulture crops can take as little as three months to bear fruit, compared to as much as a decade for food crops. Karnataka, the country’s largest exporter of rose onions, cashews and roses, is one of the most aggressive promoters of horticulture. There are some 98 FPOs helping the nearly 1,00,000 agriculturists across the state. In and around Bagepalli, not-for-profit society Vrutti Livelihood Centre runs two such FPOs — Yelampalli Farmers Producer Company and Mokshagundam Vishveshwarayya Farmer Producer Company — to provide a fillip to horticulture growers in the region. “Despite the challenges in horticulture, farmers can earn a net profit of Rs 1 lakh per acre of land annually if they focus on horticulture,” says Pramel Gupta, CEO, Vrutti Livelihood Resource Centre.

Horticulture accounts for around 15% of the cultivated land in Karnataka and 40% of the income from agriculture. In Bagepalli, for example, the annual turnover from the two FPOs was Rs 6 lakh in 2016. But it has been Rs 10 lakh a month in 2018, as farmers swiftly shifted to horticulture crops, says Narasimha Murthy, , the Chikkaballapur hub manager for Vrutti Livelihood Centre.

This form of cultivation is gathering steam across the country, even as the Centre aims to double farmer incomes by 2022. In 2016, the government announced the Mission for Integrated Development of Horticulture, whereby the Centre would provide 60% financial assistance and the state government would give the balance. Apart from Karnataka, Punjab, Madhya Pradesh, Tamil Nadu, Telangana and Andhra Pradesh have also unveiled plans for this sector.