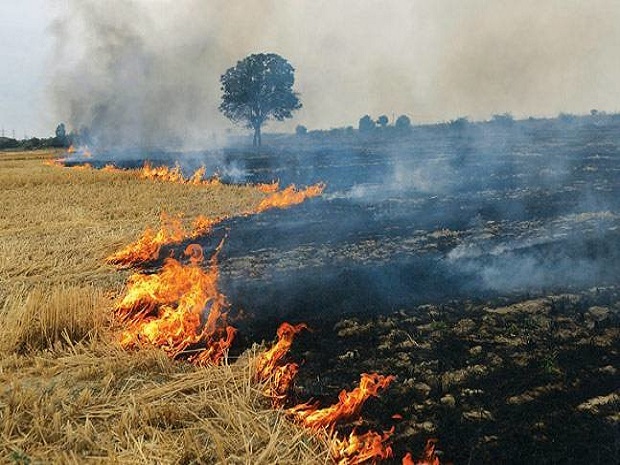 The paddy residue burning events have reduced by 15 per cent and 41 per cent in 2018 as compared to that in 2017 and 2016, through various efforts under the Central Sector Scheme on ‘Promotion of Agricultural Mechanization for In-Situ Management of Crop Residue in the State of Punjab, Haryana, UP and NCT of Delhi, said Dr. Trilochan Mohapatra, Secretary, Department of Agricultural Research & Education (DARE) & Director General, ICAR.

Highlighting the considerable reduction in crop residue burning incidents, Dr. Mohapatra said that India has demonstrated through coordinated public and private efforts such challenges can be addressed effectively.

The Secretary also added that more than 4500 villages in Punjab and Haryana was declared as ‘Zero Stubble Burning Villages’ during 2018 as not a single crop burning incident was reported from these villages during the year.

Dr. Mohapatra stated that the Central Sector Scheme was launched with a total outgo of Rs. 1151.80 crores for the period from 2018-19 to 2019-20 by the Government of India to tackle air pollution and to subsidise machinery required for in-situ management of crop residue in the states of Punjab, Haryana, UP and NCT of Delhi. Within one year of its implementation utilising an amount of Rs. 500 crore, the happy seeder/zero tillage technology was adopted in 8 lakh hectares of land in the north-western states of the country.

“Under the scheme, financial assistance at the rate of 50 per cent of the cost is provided to the farmers for purchase of in-situ crop residue management machines on individual ownership basis. The financial assistance for establishment of Custom Hiring Centres of in-situ crop residue management machinery is at 80 per cent of the project cost,” he informed.

Setting up of Custom Hiring Centres

During 2018-19, the funds amounting to Rs. 269.38 crores, Rs. 137.84 crores and Rs. 148.60 crores have been released to the governments of Punjab, Haryana and UP, respectively, for distribution of in-situ crop residue management machinery to the farmers on subsidy, establishment of Custom Hiring Centres of in-situ crop residue management machinery and undertaking information, education and communication (IEC) activities for creating awareness among farmers.

ICAR is implementing the scheme through 60 Krishi Vigyan Kendras (KVKs) of Punjab (22), Haryana (14), Delhi (1) and UP (23). In this scheme, awareness campaigns were conducted by organising 1000s of demonstrations, putting up hoardings, banners and wall paintings all across the states.

Almost 700 awareness programs at village levels, 200 Kisan Ghostis and Field days, 86 Kisan Melas and 250 schools and colleges were sensitised in collaboration with state departments and agricultural universities. More than two lakh stakeholders were sensitised during one year. More than 400 hands-on training were organised and 18,000 farmers, tractor owner and machine operators were trained.

In addition to the above scheme, separate funds are being allocated to the states for crop residue management under Sub-Mission on Agriculture Mechanization by the Department of Agriculture Cooperation and Farmers Welfare.