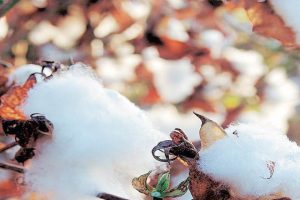 The dreaded pink bollworm (PBW) is back to haunt cotton growers in Maharashtra. Top officials from the Central Institute for Cotton Research (CICR), Nagpur, confirmed that the infestation has been found in a few fields in the state. While officials were unwilling to give out a figure and talk about the extent of the spread, private analysts who have conducted preliminary surveys revealed that around 5% of the state’s crop has been affected.

CICR director VN Waghmare said that the infestation has occurred in fields where farmers had completed sowing early. “The CICR had issued an advisory to farmers stating that they should opt for sowing mid-June onwards so that a small sowing window is created leaving little chance for PBW to appear or proliferate. The CICR had also advised the government to delay the availability of seeds. However, this did not happen and some farmers went in for cotton sowing in the last week of May and first week of June. The infestation is seen in these fields,” he said.

“The infestation is seen in some fields in Parbhani, Akola and Nanded in Maharashtra but is not a matter for alarm at present,” he added.

A field survey conducted last week by Cotton Guru, a network of around 50,000 cotton growers in Maharashtra, has found the pest infestation in Dhule, Akola and Nanded. It has been mainly found in fields where sowing had taken place in May.

This is not a cause for concern but farmers need to be more aware and take care at this stage itself to prevent the spread, Manish Daga of Cotton Guru said, adding that a second survey will be conducted in the third or fourth week of August where a more clear picture shall emerge.

Daga said that the survey has revealed that around 5% of the crop has been affected. There are two kinds of infestations – on the flower and the boll. Bollworm that attacks flowers is different from the one that attacks bolls, but is equally damaging if left unattended, he said. Pink bollworm attack on cotton bolls is considered more dangerous. They survive on the fibre and seeds inside the cotton boll.

Waghmare pointed out that if the worm attacks the flower and enters the boll, it may survive even during rains.

This season early sowing occurred in some parts of the state as part of a civil disobedience movement launched by Shetkari Sanghatana to symbolically sow the banned HTBT Cotton. The sanghatana claimed that 20% of the cotton crop in the state could be of the HTBT variety.

Agriculture department officials stated that 42 lakh hectare has come under cotton this season, almost the same as the last year.

Cotton is an important kharif crop and Maharashtra normally sees around 40 lakh hectare of area under the fibre crop. As per the data released by the department, sowing is 100% complete.

The Union agriculture ministry has projected kharif cotton sowing at 109 lakh hectare as on July 26, against the normal sowing of 121 hectare.